Kashubia is a lake district in North Poland. It is surrounded by many hills made by Scandinavian glaciers.

Among larger cities, Gdynia contains the largest proportion of people declaring Kashubian origin. However, the biggest city of the Kashubia region is Gdańsk, the capital of the Pomeranian Voivodeship and the traditional capital of Kashubia.

The traditional occupations of Kashubians were agriculture and fishing; today these are joined by the service and hospitality industry, and agrotourism especially in the so-called Kashubian Switzerland.

If you are coming to Gdansk for dental treatment, you will be in the Capital of Kashubia and therefore in the perfect location to explore the region.

Kashubians / Kaszubians, also called Kashubs, Kaszubians, Kassubians or Cassubians, are a West Slavic ethnic group. They speak Kashubian, classified either as a language or a Polish dialect.

The total number of Kashubians varies depending on one’s definition. A common estimate is that over 300,000 people in Poland are of the Kashubian ethnicity. The most extreme estimates are as low as 50,000 or as high as 500,000.

The language in Kashubia

In 2005, Kashubian was for the first time made an official subject on the Polish matura exam (roughly equivalent to the English A-Level and French Baccalaureat). Despite an initial uptake of only 23 students, this development was seen as an important step in the official recognition and establishment of the language.

Today, in some towns and villages in northern Poland, Kashubian is the second language spoken after Polish, and it is taught in regional schools.

Since 2005 Kashubian enjoys legal protection in Poland as an official regional language. It is the only tongue in Poland with this status. It was granted by an act of the Polish Parliament on January 6, 2005.

In 1858 Kashubians emigrated to Upper Canada and created the settlement of Wilno, in Renfrew County, Ontario, which still exists today.

Kashubian Ethnographic Park: At Wdzydze Kiszewskie is an outdoor museum of traditional Kaszubian buildings, founded in 1906. The buildings were collected from the region, lovingly restored and furnished and set up as a folk village. Perhaps some of them were abandoned by the Kaszubs as they left to look for a new life overseas. In the area of 22 hectares there are approximately 40 buildings: 7 farmyards, 2 manor houses, 5 cottages, 4 nobleman houses, a village school with a classroom, a church, a sawmill, a windmill and a smithy.

Centre for Education and Regional Promotion in Szymbark: Danmar is a timber house builder and is dedicated to the preservation and promotion of Kashubian culture. They have on exhibit new and old solid timber houses, even a church, a replica underground bunker as used by the partisans during WWII (Gryf Pomorski), an ‘upside down’ house and a restored steam train as used to transport people to the camps in Siberia. They have the longest plank of sawn wood in the world. It was cut from a Douglas fir measuring 36.83m and can be found in the Guinness Book of Records. Many Polish celebrities were involved in the sawing including Lech Walesa. It is well worth a visit.

Parowozownia (steam locomotive museum) at Koscierzyna: The open air railway museum at Koscierzyna displays a huge collection of steam locomotives and railway stock, dating back to 1929, and documents the development of the railways in the region. You are free to climb onto these huge engines and even ride on a working steam train!

Sand dunes at Leba: Nearby is the Smoldzino and Slowinski National Park, covering more than 18,000 hectares of dune, forest, water and peat environment, and sand-bars separating lakes Lebsko and Gardno from the sea. Here shifting dunes, which can reach a height up to 120m (400 feet), leave wilderness behind them; and one can feel as though in a real desert, Poland’s Sahara, with sand all the way to the horizon.

Hel Peninsula: The sandy Hel Peninsula, 35 km long, is a unique natural and landscape attraction and some call it the longest pier in Europe. The whole of the Hel Peninsula is incorporated into the Seaside Landscape Park (Nadmorski Park Krajobrazowy). On the Hel Peninsula there are the seaside resorts of Kuznica, Jurata and Jastarnia. At it’s furthest point is Hel, a well known fishing port, and the seat of a fishing museum, as well as a reminder of the last Polish bastion in the September 1939 fight with the Nazi invaders.

Malbork Castle: Malbork is the mightiest ot the Teutonic Knights’ fortresses and the capital of their independent state until returned to Poland at the end of the 15th century. It consists of the Upper Castle, the Middle Castle and the Palace of the Grand Master surrounded by common walls and a moat. The main gate has been reconstructed with its portcullis. Inside there is a museum with many artefacts and a great collection of amber jewellery and figures. You may visit either with a group or by yourself. If you want to take pictures, you need to buy a special ticket.

Bytów Castle: The castle was built by the Teutonic Knights at the end of the 14th century. It is now fully restored, part is a hotel, part is the Museum of Kashubia. Here you may see many examples of fine local art and embroidery.

Chmielno: The Museum of Kashubian Pottery of the Necel family in Chmielno is a showcase of the art of pottery making. Under a master’s expert eye, you can even make your own clay pot!

Kashubian Regional Museum in Kartuzy: will introduce you to some of the intricacies of Kashubian domestic, cultural and religious traditions. Kashubians are a very ancient ethnic group of Slavonic Balts. They resisted polonisation for centuries but regard themselves as Poles. After the partitions of Poland, despite systematic germanisation, the Kashubians maintained close ties with Poland. They did not lose their identity, historical heritage or original culture.

The Kaszubski Landscape Park: attracts nature lovers with its nine nature reserves featuring beautiful Pomeranian beech forests and rare specimens of flora and fauna. The Radunia River Gorge, with the river flowing like a mountain stream through a deep ravine, is one of the park’s most attractive views. The striking beauty of the area is the result of the activity of continental glaciers, which carved out deep valleys and created the rivers and lakes.

Ostrich Farm at Garczyno: It was the first Ostrich farm in Poland, founded in 1993. The ostrich count is about 100. You get the chance to taste the scrambled egg made from the ostrich egg, and you can have a ride on the back of camel. There is also another ostrich farm in the village of Wandowo.

Stone Rings Reserve in Wesior: It’s at the cemetery Gotów. There are about 160 graves and four stone circles dating from the beginning of AD. Supposedly, this place influences people and gives them unforgettable impressions.

Kwidzyn: It is worth visiting the 14th century castle and cathedral complex located there, as well as the Recreational Grounds of Milosna (a beautiful complex of buildings dating back from the early 20th century). Here you can also see a mini-Zoo for children. Moreover, while in Kwidzyn, you can enjoy the numerous town attractions, such as: restaurants, sala s, discos, etc.

Anthem Museum: About eight kilometres east of Kościerzyna is the small village of Będomin. There is the 18th century court which is surrounded with a park of three hundred years old linden and oaks. This court has belonged to Józef Wybicki’s family for many years. The museum has been open since 1798, and it’s the only Anthem Museum in the world.

Szymbark: where you can enjoy horse and cart rides and where sleigh rides are organised (snow permitting!)

One of the most popular dental tourism destinations in Poland during the Summer is Tri-City consisting of three cities in Pomerania: Gdansk, Gdynia and Sopot. They are situated adjacent to each other on the coast of Gdansk Bay next to the Baltic Sea and are therefore ideal for beach holidays.

Gdansk is particular boasts many modern dental clinics equipped with the latest dentistry technologies and dentists and staff that are highly qualified, experienced and speak English – read more

Poland has miles upon miles of golden sandy coastline and some of the biggest sand dunes in Europe. That topped with hot summers, well above the average for Europe, makes Poland an ideal destination for beach holidays. 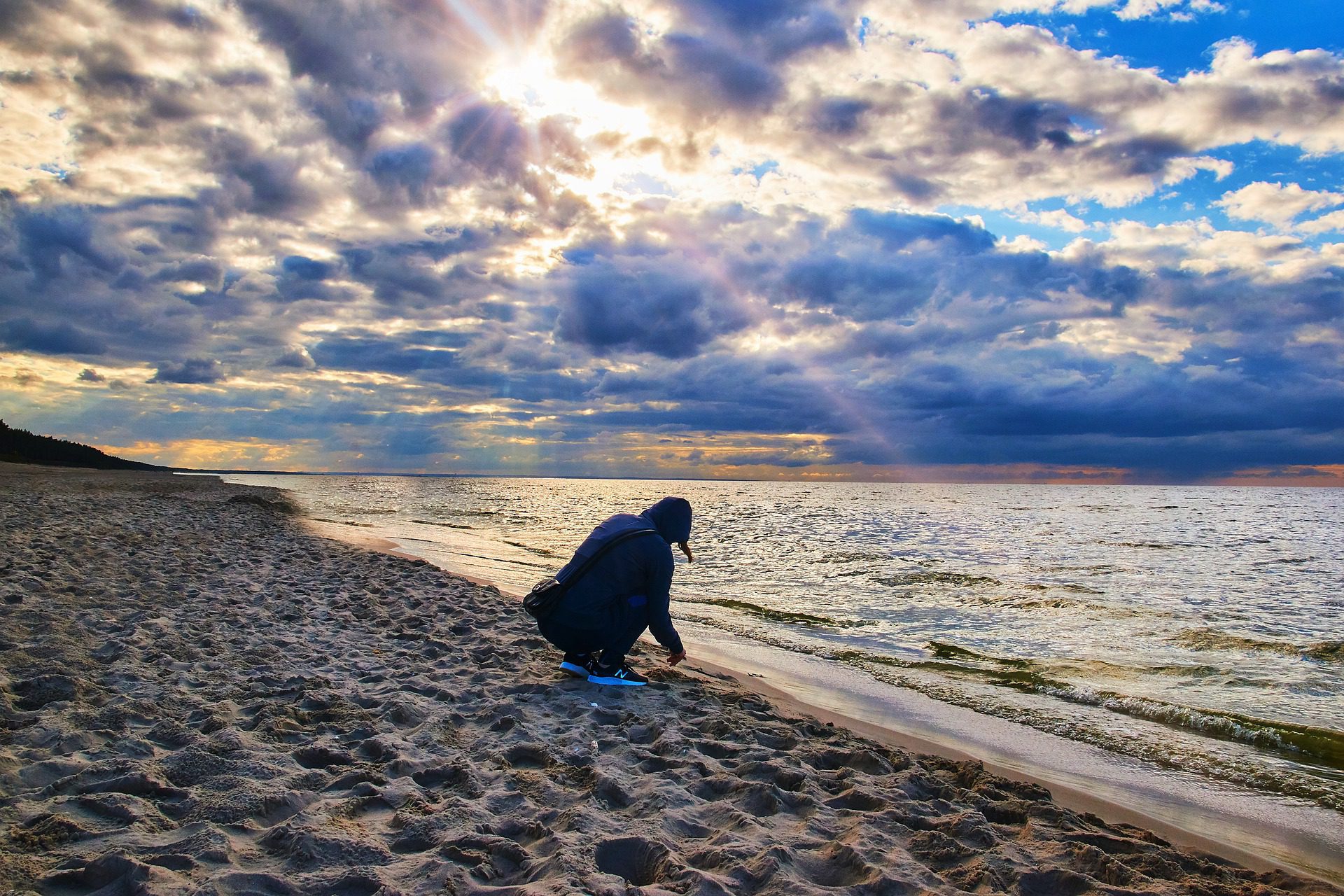 If you dream of seaside breaks, just imagine the over 700 km long golden strip that is the Polish seaside. The northern border of Poland is the Baltic, and most of the coastline is a beach. July and August are the best months for sunbathing at the Polish seaside.

Summertime sees the Polish seaside come to life and the most popular beach resorts attract many holidaymakers searching for sun and relaxation. Apart from the excellent beaches, holiday resorts on the Baltic Sea also boast historically captivating cities, great natural attractions, and a relaxed maritime climate.

The Baltic Sea has many advantages over resorts by the Mediterranean Sea. It guarantees two things the kids love: a large expanse of shallow water and vast beaches of fine, clean sand.

There are no dangerous creatures in the Polish sea, but some of the over abundant algae in places can make swimming difficult.

The Polish Baltic coast is approximately 528 kilometres (328 mi) long and extends from Świnoujście on the islands of Usedom and Wolin in the west to Krynica Morska on the Vistula Spit in the east.

For the most part, Poland has a smooth coastline, which has been shaped by the continual movement of sand by currents and winds from west to east. This continual erosion and deposition have formed cliffs, dunes, and spits, many of which have migrated landwards to close off former lagoons, such as Łebsko Lake in Słowiński National Park.

Largest spits are Hel Peninsula and the Vistula Spit, largest Polish Baltic Island is Wolin, and the largest port cities are Gdynia, Gdańsk, Szczecin and Świnoujście.

Jurata is a popular seaside resort on the 35 km long Hel Peninsula, which separates the Bay of Puck from the Baltic Sea.

Jurata was established in the interwar period (1928) as a Polish seaside resort, popular especially among Varsovians. Its name comes from the Lithuanian Goddess Jūratė which in Polish is spelled as Jurata. It’s easily reachable from Tricity by train, which takes approximately one hour.

July and August are high season so make sure you book your accommodation in advance.

Międzyzdroje is located on the western side of the Polish coast, close to the border with Germany and is often referred to as The Pearl of the Baltic.

The town is famous for (Festiwal Gwiazd) the annual Festival of Stars and attracts many Polish film and TV celebrities, who leave imprints of their hands on the Promenade of Stars inspired by the Hollywood Walk of Fame.

Łeba and Ustka are coastal towns situated on the two opposite sides of the beautiful Słowiński National Park – famous for its “shifting dunes”, which move due to strong winds creating a desert like landscape.

Ustka is a host of the annual International Contest of Fireworks, which takes place in the middle of July and boasts two beaches connected by a pedestrianised bridge on the Słupia River, which divides the town in two.